Interested in taking part in this exclusive event? register here.

Ministers and other dignitaries 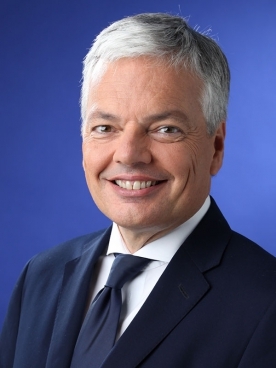 In 1981, Mr. Reynders obtained a degree in law at the University of Liège. Guest lecturer at the universities of Liège and Louvain, he has never really left the academic life. After presiding over the Belgian railways and the Belgian Airways Agency, he was elected Deputy Chairman of the PRL (Liberal party), before becoming a Member of Parliament in 1992. On 12 July 1999, he became Minister of Finance and, on 18 July 2004, (concurrently) Deputy Prime Minister.  He was Chairman of the Mouvement Réformateur (party alliance) from 11 October 2004 until 14 February 2011. He was Minister of Foreign Affairs, Foreign Trade and European Affairs from 6 December 2011 until 11 October 2014. He became Minister of Foreign Affairs and European Affairs, in charge of Beliris and Federal Cultural Institutions on 11 October 2014.

Minister of Commerce and Industry 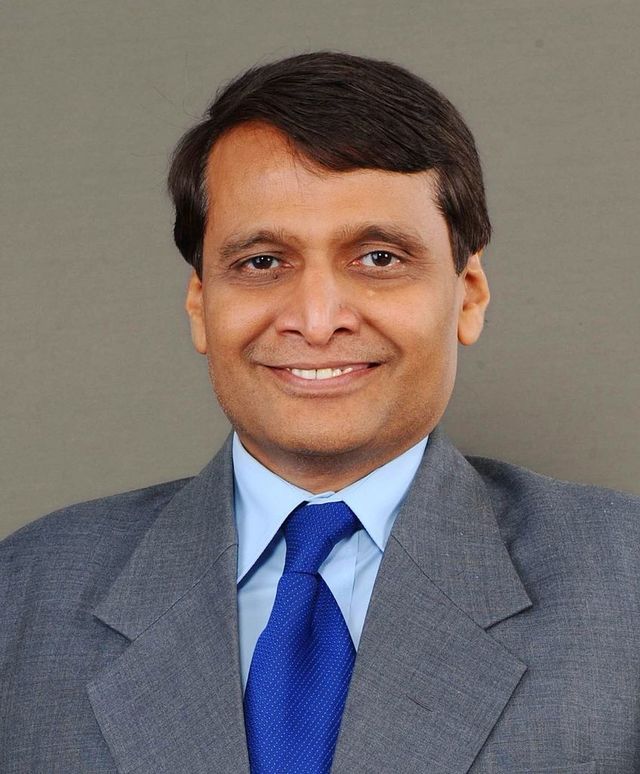 Suresh Prabhu currently serves as India’s Minister of Commerce and Industry. During his political career, spanning more than 20 years, he has been in charge of several ministries, ranging from Environment and Forests to Railways. He has also been the Prime Minister’s Sherpa for the G20 summit and Chairman of the Task Force on Interlinking of Rivers under the Ministry of Water Resources. Next to his ministerial tasks, he represents the Andhra Pradesh state in the Council of States.

An advocate for decisive growth-driven change, Mr. Prabhu is well respected for his integrity, passion and commitment towards society at large. Featured among the top three Indian leaders of the future by Asia Week magazine, Hong Kong in its cover story “Giant on the Move,” he has been guided by the dream and mission to balance the needs of human development while preserving the fragile environment. 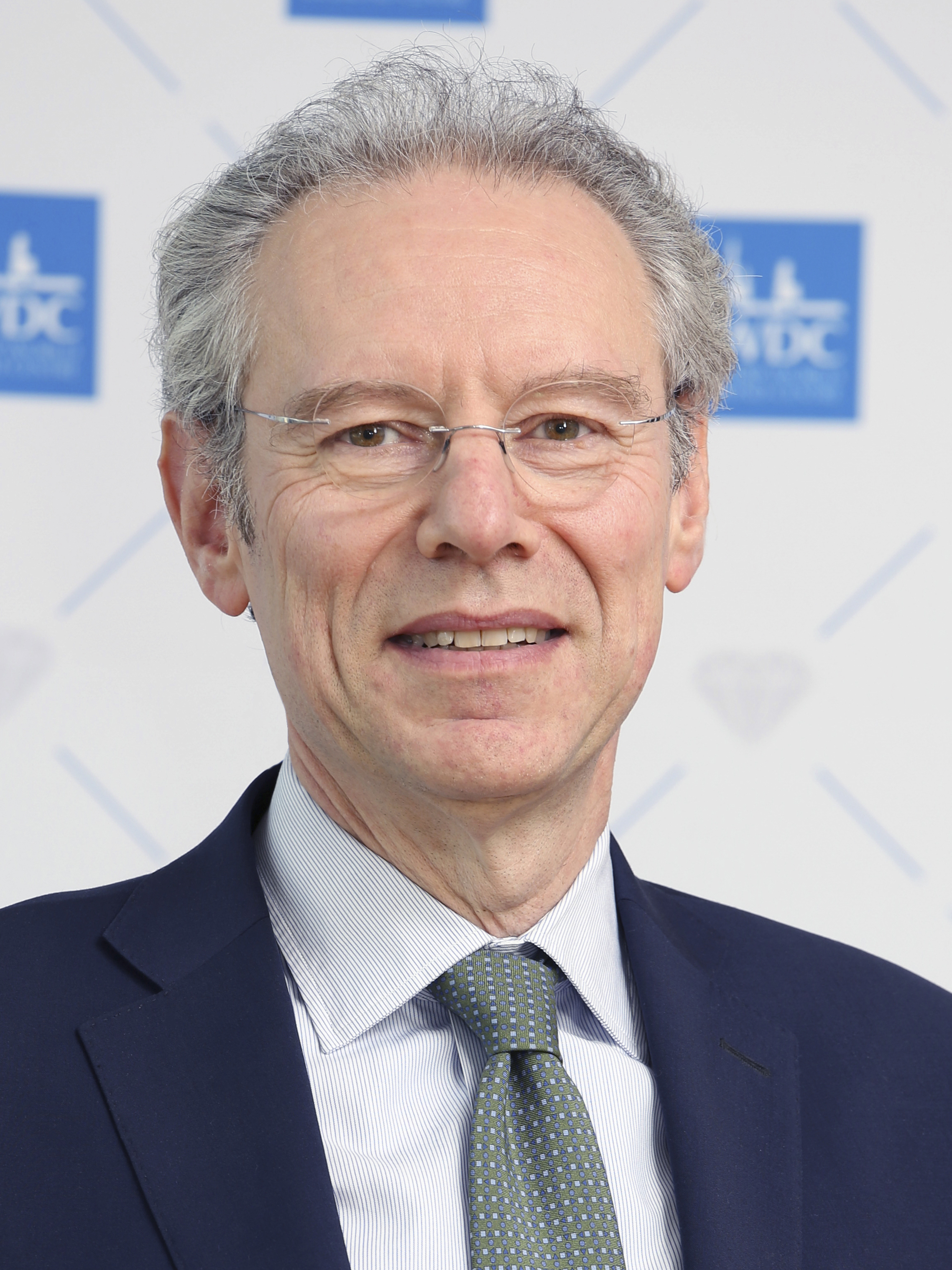 Mr. Fischler is a third generation diamantaire and a partner in Fischler Diamonds. He is serving as Vice-President of SBD (the Belgian Manufacturers Association), acting President of the World Diamond Council (WDC) and former president and current vice-president of the International Diamond Council (IDC). He is also member of the board of the Responsible Jewellery Council (RJC) and of the Diamond Development Initiative (DDI). 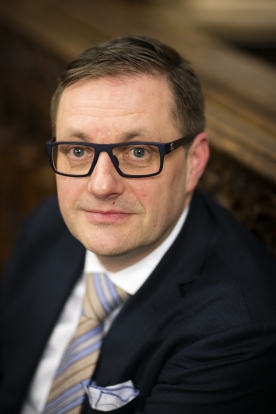 After his studies at KULeuven, he spent 5 years working as a project coordinator for (international) governmental institutions and NGOs in international development cooperation.

In 1998 he founded .extenz, a consultancy firm that coaches organisations and companies in managing new social challenges and expectations: dealing with environmental issues, interculturality, good governance, socially responsible investing, transparency and so on. In this way .extenz was a forerunner in Belgium of what is now called ‘stakeholder management’.

For almost 10 years, until the end of 2011, Wollaert was the director of the social profit organisation KAURI, which became the largest network for corporate social responsibility and stakeholder management in Belgium. In 2015 KAURI merged with Business & Society Belgium and became The Shift. www.theshift.be

Wollaert was also the founder, general manager and last 2 years chairman of ‘café de fiennes’ (2002-2012), now called ‘the conference house’, a cooperative and sustainable managed conference centre in the heart of Brussels. www.theconferencehouse.be

In 2012 he became a lecturer in business ethics and corporate social responsibility at Vlerick Business School in Ghent and Leuven and in August 2013 he was also appointed as manager of the Vlerick Forum for Social Entrepreneurship. www.vlerick.com/en/social-profit-partnerships

Since March 2013 Wollaert is Managing Director of CIFAL Flanders, an Antwerp-based UNITAR affiliated International Training Centre for Authorities and Leaders. CIFAL Flanders is one of the 16 training centres of the CIFAL Global Network and UNITAR, the United Nations Institute for Training and Research in Geneva. www.cifal-flanders.org

In October 2013 he was appointed ‘Associated Fellow’ of UNITAR in Geneva. www.unitar.org. He combines theoretical knowledge with broad practical experience and likes to give himself free rein as a critical, engaged and impassioned speaker. 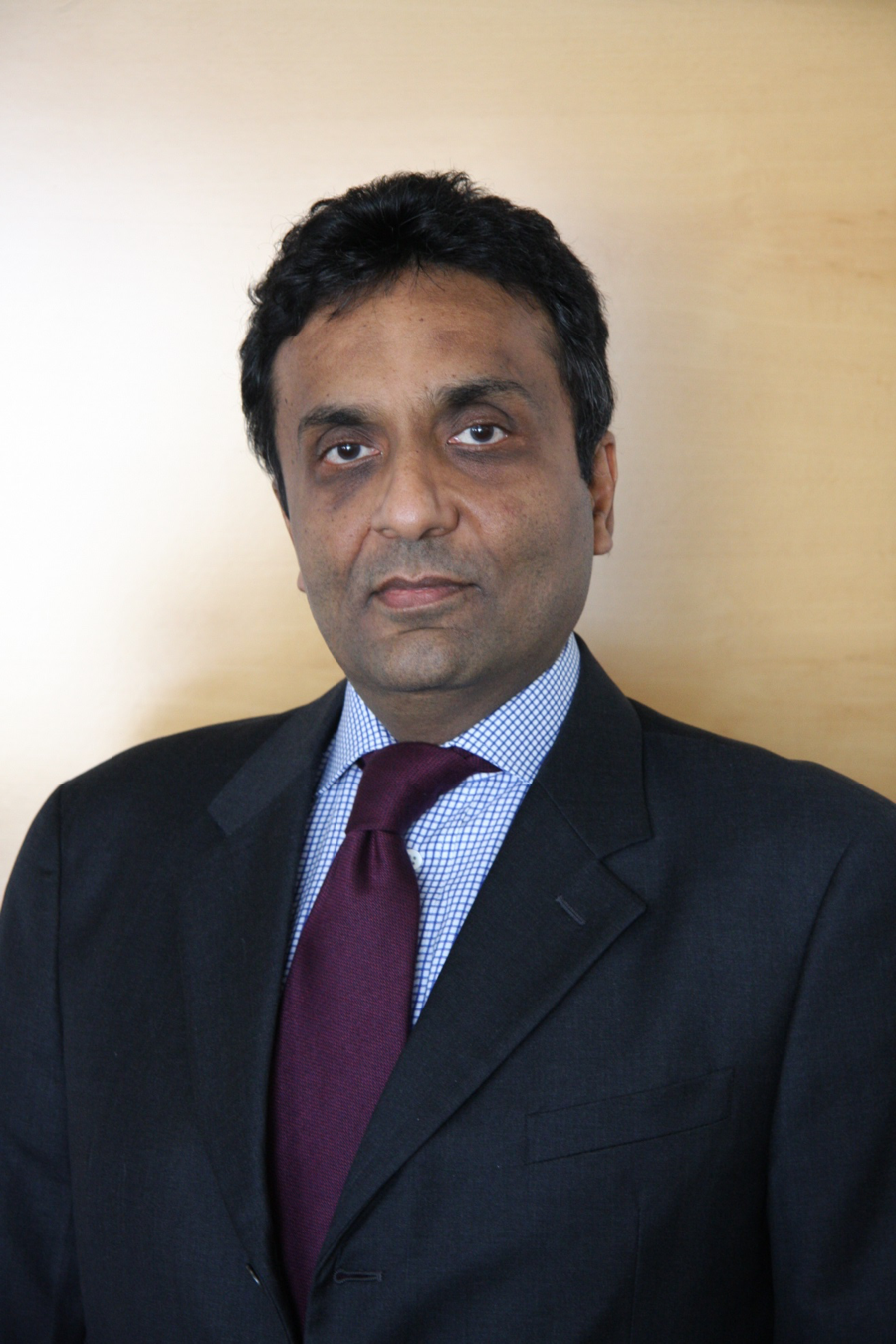 In 2012, he participated at the Global Compact LEAD meeting headed by H.E. Secretary General Ban Ki-Moon at the World Economic Forum in Davos. In partnership with Unicef, he committed to a Children’s Rights and Business Principles Forum in Belgium, which was launched in December 2012. www.childrenandbusiness.be. He has also received an Honorary Master Degree of the Antwerp Management School in recognition for 10 years of groundbreaking work on sustainability in the diamond industry. In 2015 he obtained a PhD degree on Jainism at the University of Tilburg. Since 2008 he has served as the Honorary Ambassador of Special Olympics Belgium. 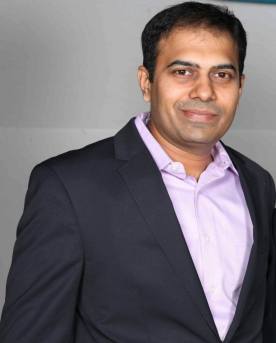 Kinjal joined RJC in April 2015 and is responsible for establishing the appeal and relevance of the RJC in the Indian market, a major diamond manufacturing region in the world. His role is to engage with different stakeholders within the industry to create awareness and promote the RJC’s profile to encourage and support RJC membership growth, impact and influence in India. Recently he has been made responsible for Middle East market as well to repeat same success of India in Middle East as well.

Kinjal has over two decades of experience in compliance with several industries, 15 years of which is within the gem and jewellery industry. Prior to joining the RJC, Kinjal worked at UK based company, MNC, playing a key role in building and strengthening relationships with the mid-stream sector of the jewellery supply chain in India. In addition, Kinjal was also closely aligned with the Global Social Compliance Programme, a business‐driven programme for companies who want to harmonise existing efforts in order to deliver a shared, consistent and global approach for the continuous improvement of working conditions in supply chains. 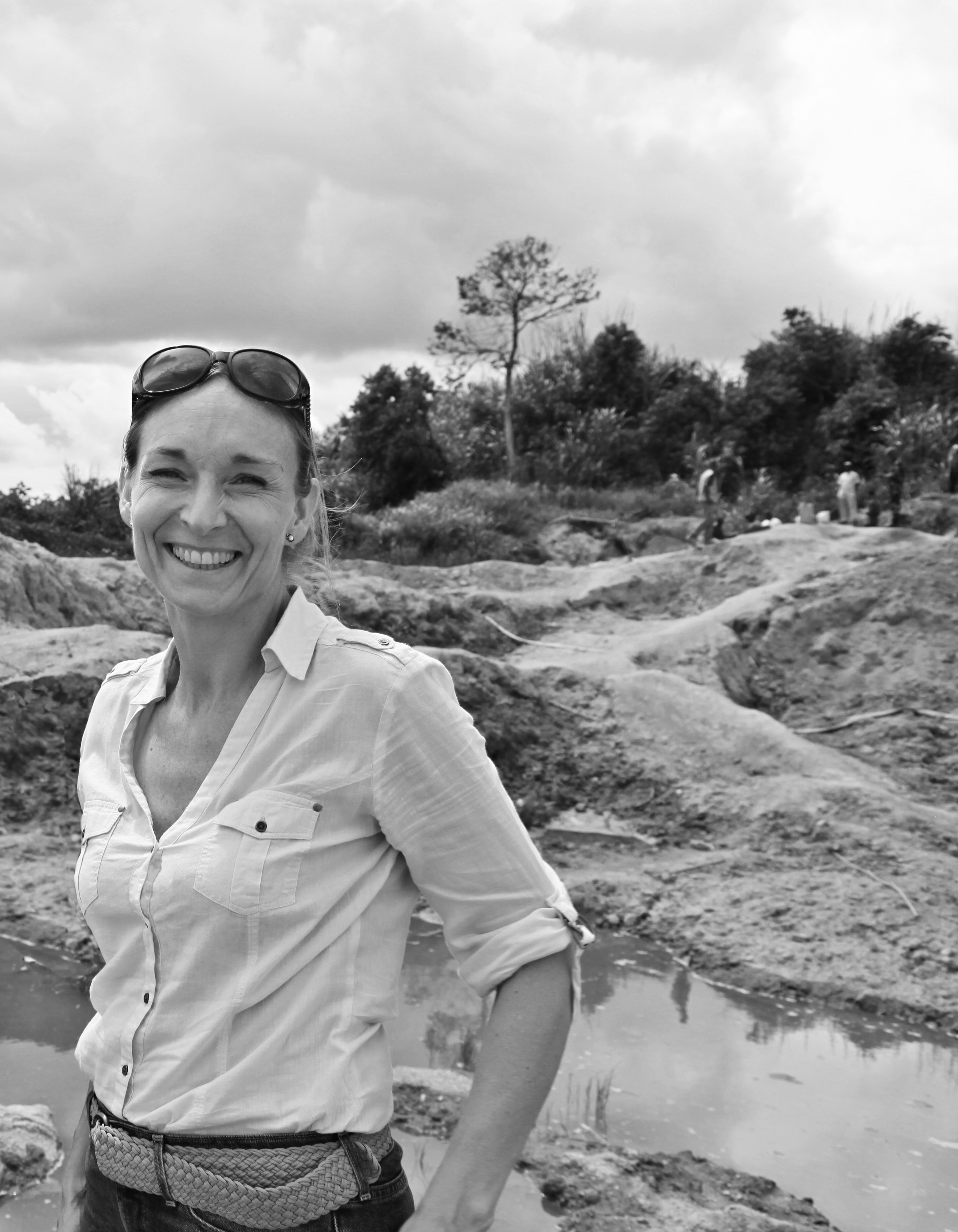 Marie d’Huart is a lawyer in international law, with a Master’s degree in science and environmental management. She worked in the European institutions, in Canada, Peru, Maghreb, China and Africa.

She founded CAP conseil Belgium in 2003, a consulting company specialised in sustainable development and social responsibility. She is an expert, teacher and auditor in ethical, social and environmental standards, with a strong focus on responsible supply chains.

She founded CAP source in 2016, owner of the brand My Fair Diamond. This new jewelry collection proves the case that artisanal diamonds and gold can be fully traceable and ethical, creating a sustainable luxury with a positive impact all along the value chain. 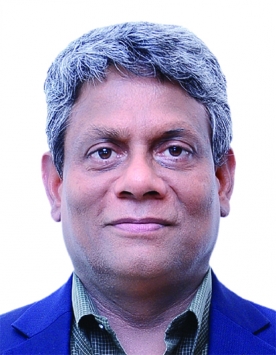 Vijay Iyer is the Managing Director for Rio Tinto India since May 2015 and leads the company’s in-country strategy, business and corporate affairs .  He is active in promoting Sustainable Practices in the Indian Mining Sector and chairs the Sustainable Mining Initiative of the Federation of Indian Mineral Industries.

Prior to Rio Tinto, Vijay held senior leadership positions at the World Bank in Washington D.C. He led the Bank’s Sustainable Energy, Oil, Gas and Mining Practice as Global Director and represented the Bank in prominent global initiatives, such as the United Nations Sustainable Energy for All as well as the Extractive Industries Transparency Initiative.

Vijay holds an MBA from the School of Management at Yale University and is a former career civil servant in the Indian Administrative Service. 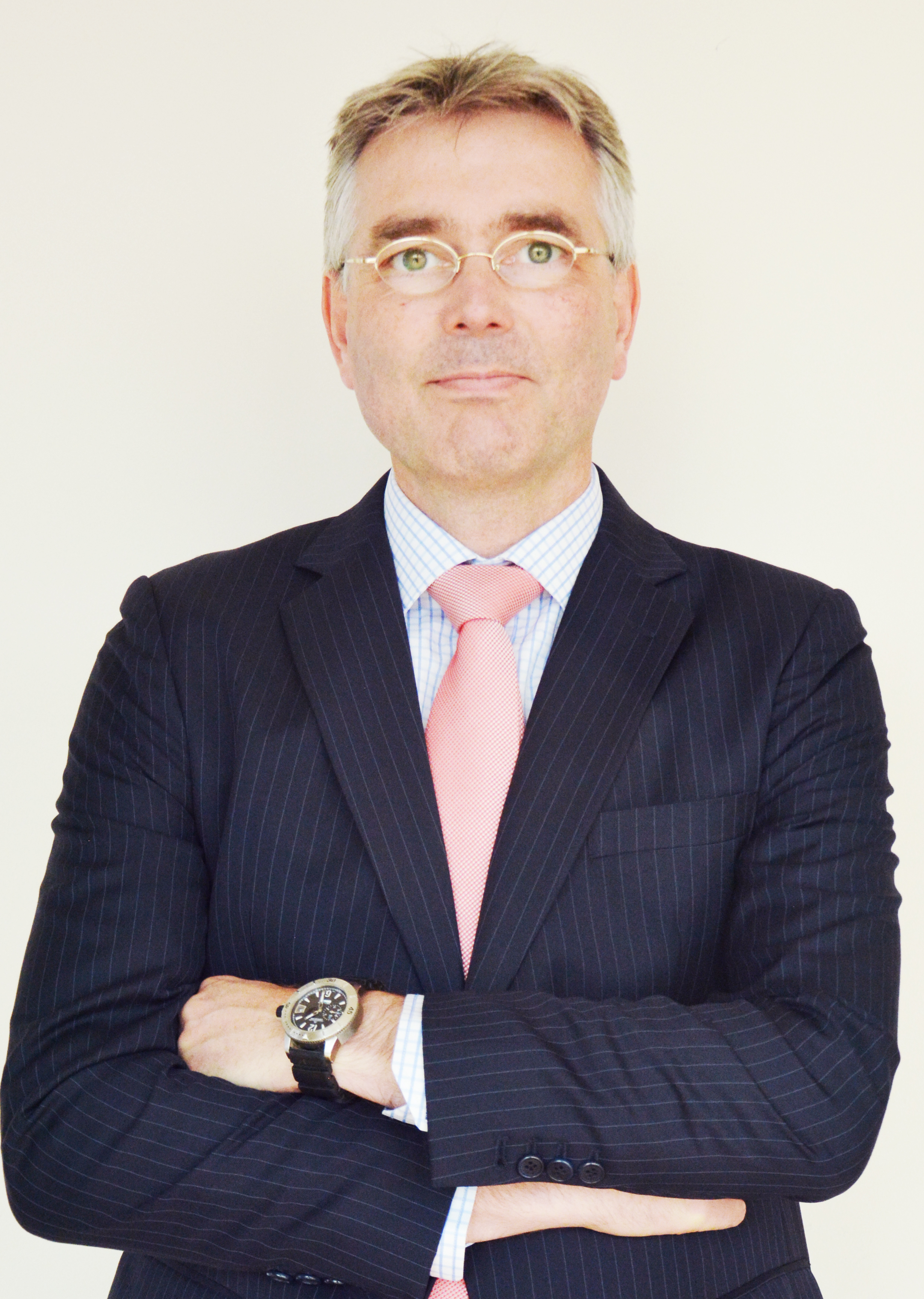 Geert joined ABN AMRO’s  Diamond & Jewellery Clients (‘D&JC’)  5 years ago after having worked 24 years with ABN AMRO & RBS in various (managerial) roles in The Netherlands and Asia. His previous roles, beside his first role within the restructuring group of the bank, were mainly commercial roles whereby he covered many different industries throughout the years. Within D&JC Geert is responsible for Strategy & Portfolio Management and also the Sustainability agenda. 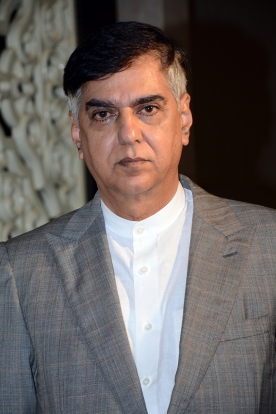 Mr. Praveenshankar Pandya is a Director of the Shankar Group of Industries. With over 40 years of experience, he is considered a very active spokesperson of the Gem & Jewellery trade with ability to speak on all the segments of the gem & jewellery export sector. In the past, he has been the Chairman of GJEPC from 1996 to 2000; Chairman of The Gem & Jewellery National Relief Fund and the Chairman Founder of Diamond India Ltd. He is the current serving Chairman of GJEPC for the ongoing term 2015-17. He has contributed immensely to the progress of the G&J industry and some of the noteworthy initiatives including abolishing of the licensing system for import of rough diamonds, freeing restrictions on gold imports, setting up of the Indian Institute of Gem & Jewellery, initiating the participation of GJEPC in international exhibitions etc. among several other achievements. 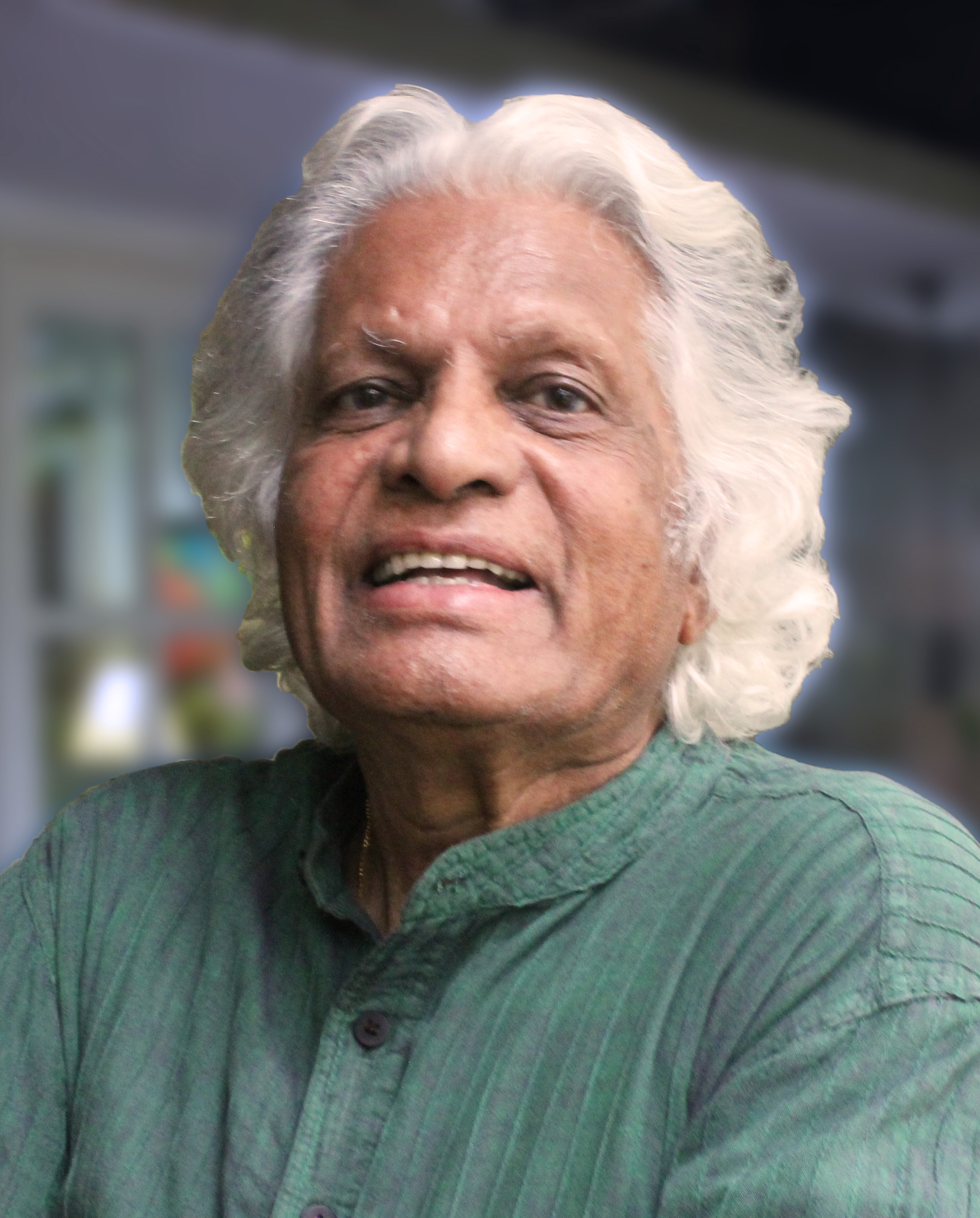 Ken Gnanakan, is an educator who is founder Chancellor of the ACTS Group of Institutions. ACTS is an NGO based in Bangalore but operating worldwide on educational, health and environmental projects in Asia and Africa. Gnanakan is a speaker addressing various forums at universities, conferences and workshops on a wide range of subjects. He has also spoken at some UN events.
Ken Gnanakan is an author who has witten on various subjects with include Philosophy, Theology, Management, and others. He is author of "Integrated Learning" published by Oxford University Press and "Wellness and Wellbeing" based on one of the UN Sustainable Development Goals.
Gnanakan lives in Bangalore with his wife Prema who together have two children and six grandchildren.