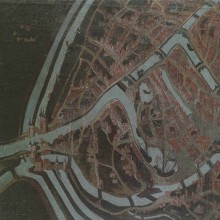 Bruges welcomed into its port the first trading ships from Venice.

Bruges welcomed into its port the first trading ships from Venice. 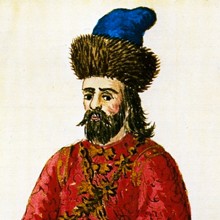 Death of Marco Polo, the Venetian explorer who opened the trading routes from Europe to China and the East.

Death of Marco Polo, the Venetian explorer who opened the trading routes from Europe to China and the East.

For more than five centuries Antwerp has stood at the very epicentre of the world diamond trade. Through periods of war, economic depression, shifts in the balance of rough diamond production and the birth of new markets for diamond jewellery, the Flemish city has cemented its role as the capital of the international diamond business.

When the Antwerp centre was in its infancy, India was the only known source of diamonds. The subcontinent would remain the only significant producer of unprocessed diamonds until the 18th century

Throughout the Middle Ages, the entry into Europe for riches from the East was though Venice. As such, the northern Italian city was the principle transhipment point for Indian merchandise, including diamonds. On the opposite end of Europe was the Flemish city of Bruges, which was home to a vibrant cloth trade and also the most sophisticated money market in the Low Countries. Located on the Zwin River, which flowed into the North Sea, Bruges was a maritime power in its own right. In 1314, it welcomed into its port the first trading ships from Venice, and so was born a trading axis that traversed Europe and led all the way to India.

With a steady supply of rough goods flowing in, it was Bruges that developed as the first Flemish centre of the diamond business. The city also became home to a booming diamond industry. Indeed, popular legend credits one of Bruge’s citizens, Lodewijk van Bercken, with developing the modern method of using a diamond to cut a diamond. Van Bercken’s statute is proudly displayed today in Antwerp, in close proximity to the city’s diamond district.