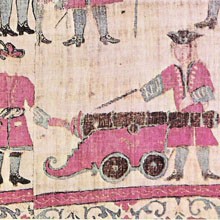 The Danish East India Company was chartered to carry on trade in the East Indies.

The Danish East India Company was chartered to carry on trade in the East Indies. 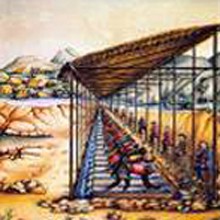 Discovery of diamonds in Brazil.

Discovery of diamonds in Brazil. 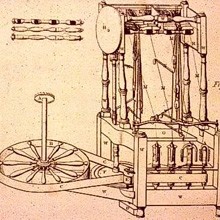 Patenting of the spinning machine in England, signalling the start of the Industrial revolution.

Patenting of the spinning machine in England, signalling the start of the Industrial revolution.

By the 18th century India’s diamond mines were largely exhausted. The discovery of sizeable diamond deposits in Brazil in 1725 breathed new life into the market, but Holland's maritime power ensured Amsterdam’s control over diamonds entering the continent for manufacture.

The sudden influx of large numbers of rough diamonds, which led to a dramatic fall in the prices, and the growing influence of the industrial revolution, which meant that larger volumes of stones could be cut and polished, increased the popularity of diamonds among the emerging middle class.

But the South American the boom was relatively short lived. Brazilian production fell sharply and while diamond prices rose, the scarcity of rough led to the closure of factories. As numerous diamond cutters left the business, both in Amsterdam and in Antwerp, it seemed as if the diamond industry in Europe was reaching an end.