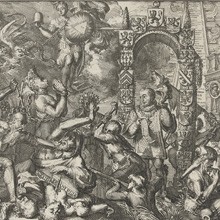 The Eighty Years' War breaks out.

The Eighty Years' War breaks out. 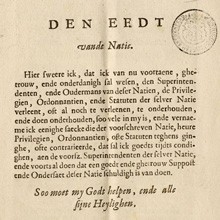 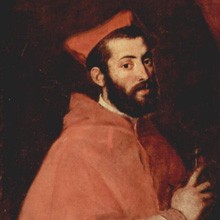 Antwerp captured by Alessandro Farnese, Duke of Parma and Piacenza. Many Protestant diamond cutters were sent into exile.

Antwerp captured by Alessandro Farnese, Duke of Parma and Piacenza. Many Protestant diamond cutters were sent into exile.

The 16th century brought the dawn of a Golden Age for Antwerp. The city was the commercial heart of Europe, with 40 percent of world trade passing through its ports. Rough diamonds arrived in the city via the trade routes from Venice and Lisbon, and they were cut and polished by craftsmen who had gained a widespread reputation as being the most skilled in their field. The first documented evidence of diamond cutting in Antwerp is from 1515, although it is likely that diamond cutters were at work in city before then.

However, fortunes once again shifted with changes in the European political power structure. The Eighty Years' War which broke out in 1572 following the religious revolution of the Reformation impacted hard upon Antwerp. This, however, did not prevent the establishment of the first diamond cutters guild, the Diamantsnijdernatie, in 1582.

Antwerp became the capital of the Dutch revolt, but in 1585 it was captured by Alessandro Farnese, Duke of Parma and Piacenza. Many of its Protestant diamond cutters were sent into exile, and they found their way to Amsterdam in the north. Among the Antwerp citizens who brought the diamond industry to Amsterdam were Willem Vermaet, who reached the Dutch city in 1586, and Peter Goes, who settled there in 1589.